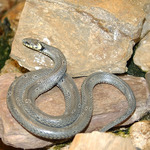 What is Life?
Creative Common by SA License

Life organizes material. At the beginning there were the plankton then the plants, then there were the fishes, then the fishes conquered the Earth with the amphibians, then the amphibians became reptiles, to be autonomous on earth, then in the air with the dinosaurs and birds. Finally, reptiles have become mammals, warm-blooded so to go in the cold. The human being is a mammal capable of improving nature by its spirit, which is the goal of the life.

Life is therefore a movement organized from atoms‘ energy. Atoms’ energy will be more and more used. In fact, atoms are inert energy’s bubbles, able to organize themselves to create life, through water, which organizes earthly life. We do not know why life is organized in the universe, except to reach God, as Jesus said. If we talk about life, we can say that the universe, made up of its atoms, are creative. No living being, even twins, is the same as another. Life is the infinite choice to generate something new, which is better than before.

The human economy, in its essence, works in the same way as life. The human economy is creating more and more energy to do more and more things. So, with fire, which is biomass’ energy, we had eat the food longer. With the energy of the sun and water, we created the first wind and water mills, to create the automated work. With coal, we created the first trains, which allowed a global growing of trading. With oil, we created major works, large dams. All these works can be done today with nuclear power plants. These safe plants and recycling nuclear waste exist. Nuclear power makes it possible to green deserts with thorium. Nuclear fusion will allow journeys to Mars and deep space. So mankind will come out of its hold, the Earth.

Why does life organize the material?

Here is the free e-book Economy for Kids. It is also here to print it. Here or here are Sources.

The economy is physical. It depends on scientific discoveries. So everyone can or could get better in better quantities, with less effort. We are only transforming our creative world because it has created life. We rise up like creative beings, in order to improve our society.

It is possible that society’s growth, created thanks to our creativity, could go to the infinite if we abandon the greed of money, thanks to a scientific and philosophical reflection wanted by Plato.

Also in this section